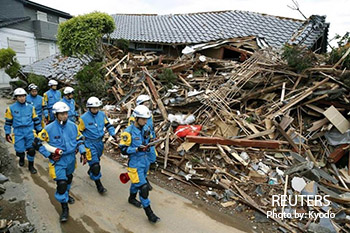 The month of April has brought a rash of strong earthquakes upon our world.  On April 10, a 6.6 magnitude earthquake struck the country of Pakistan and effected communities in Pakistan and Afghanistan.  Four days later Japan was jolted with a magnitude 6.5 quake which was followed shortly after with 7.3 magnitude Earthquake and many after shocks. The death toll for these earthquakes is 42 with many more injuries and 1000’s of people with their homes destroyed.

On April 13, a 6.9 magnitude earthquake hit the country of Burma (Myanmar) with tremors felt also in India.

On April 16, a 7.8 magnitude earthquake brought major devastation to the South American country of Ecuador.  There, the death toll is now over 525, including 4 Canadians. This number is expected to rise dramatically once the rubble is moved and the “missing” turn into confirmed fatalities. Whole communities were flattened with many people trapped in the rubble.  Thousands of people have lost their homes and livelihoods. 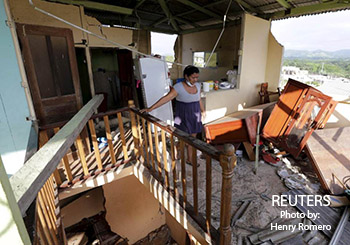 ADRA is on the ground in the affected area doing emergency distributions of food, water and hygiene kits.  Given the magnitude of the disaster, ADRA International has deployed an emergency response team made up of people from various parts of the world who are specially trained to work in these kinds of crisis situations.  Their base of their operations is the Adventist College campus in Santo Domingo from where they will be serving the coastal communities of San Jacinto, Bahia de Caraquez, Jama, and Canoa.  For our initial response, ADRA Canada is committing financial assistance of $10,000 to help purchase emergency supplies.  However, the need is great and we are calling on our supporters to give from the heart, to help the people of Ecuador.

Please help ADRA save lives in the critical days that follow.

Yes! I want to help ADRA respond to disasters.