On June 3, 2018 the Fuego Volcano (Volcano of Fire) in Guatemala erupted, causing large amounts of destruction to the surrounding communities. The eruption produced the descent of pyroclastic flows and fiery clouds with temperatures reaching 700 degrees Celsius. Ash columns were formed, reaching up to 10,000 meters above sea level and affecting communities as far as 40 kilometers away.

This catastrophe has affected the lives of almost two million people. 112 people have died and 198 are still missing. Those living close to the volcano are still at risk because of the loss of their animals and crops. Damaged and blocked roads are cutting them off from services and support during this difficult time.

ADRA’s response team has delivered 50 tons of food, clothing, water, and other essential supplies to the isolated communities. The assistance will continue in the coming weeks as household hygiene kits and food baskets will be delivered to people who are living in makeshift shelters in the communities surrounding the volcano.

Currently, emergency response teams are focused on responding to basic needs with food, medicine, and clothing. Once the initial crisis is over there will still be a need for food, seeds, and agricultural supplies. People will need a way to restore their lives and livelihoods.

A big thank you to the people who have supported our relief efforts for the people of Guatemala. With your help, the ADRA team will continue to deliver relief and support to people who are suffering after losing everything they own. 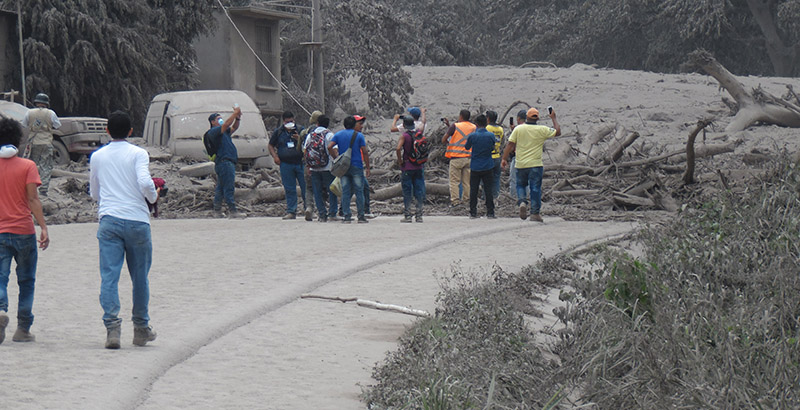 The pyroclastic flows have blocked roads into the communities, making it difficult to get aid into some communities.