A New Ambulance for Rwanda 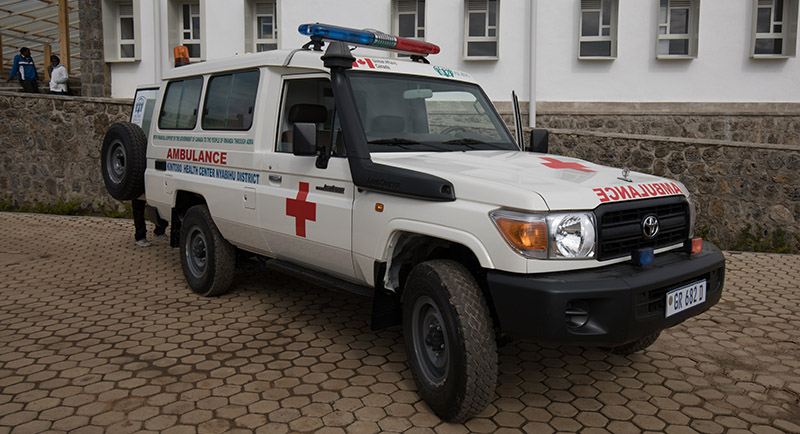 Imagine living in a remote mountain-side community in Africa with dirt roads that are rarely maintained. Imagine what it would be like to be nine months pregnant for the first time, worrying about the possibility of complications. If there were problems with the delivery, how you would make it down the mountain to the nearest health center?

This is what Patience was facing in early December 2016. Separated from her husband she felt all alone, fearful of all that could go wrong. 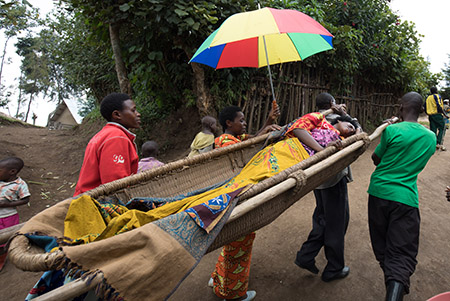 In remote villages like hers all over Africa and Asia, women who develop complications during labour often die either at home or on their way to the nearest hospital. Until recently, if a woman in Patience’s village ran into problems, the local traditional “ambulance” system was put into play. This involved four men and a stretcher that would carry the woman down the mountain to the nearest health center, twelve kilometres away. The terrain is rough and steep. If it is raining, the way becomes very slippery. If one of the men slipped and fell it could mean that the woman in labor could be dumped out of the stretcher onto the hard ground.

Fortunately for Patience and her neighbors a new health center was recently built, much closer to her village. Now, most expectant mothers do not try and have the baby at home, they simply go directly to the new health center at the first sign of labour.

On December 9th, Patience went into labour near midnight. Not wanting to try and walk to the new health center in the dark, she decided to wait until the morning and hope for the best. At dawn she gathered her courage and made the one hour journey to the new facility. Finally arriving at the emergency room, Patience relaxed a little, thinking she was safe. Unfortunately, as the nurses examined her, they determined that the baby was too large for her small form to deliver naturally. She would require a caesarean delivery and the health center did not have the equipment needed. She needed to be transferred down the mountain to another health center. Thoughts of the awful stretcher ride down the mountain flooded her mind and fear again overtook her. 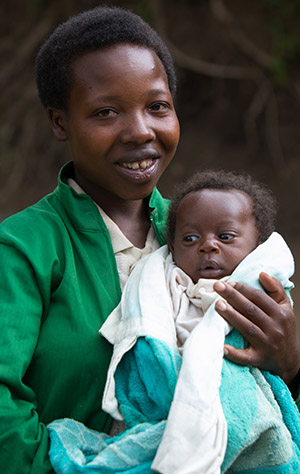 What Patience did not know is that just a couple of weeks earlier, ADRA Canada had donated an ambulance to her community and it was parked just outside the health center, ready to take her where she needed to go. When she got down the mountain to the other health center, the staff on duty determined that she needed to go to the nearest hospital another 30 kilometres away. Fortunately, the ADRA Ambulance was still close. Patience was rapidly taken to the hospital in town where she had the surgery she needed, delivering a beautiful baby girl she has named Elissa.

As she finished up her story, she said, “I want to give a special thanks to ADRA and the people of Canada who have given us this ambulance. If it had not been here and ready to take me into the city hospital I most likely would have died!”

This ambulance was provided by ADRA Canada as part of the maternal and child health programs that we are implementing in Rwanda in partnership with the government of Canada.