Praising God in an IDP Camp

Praising God in an IDP Camp 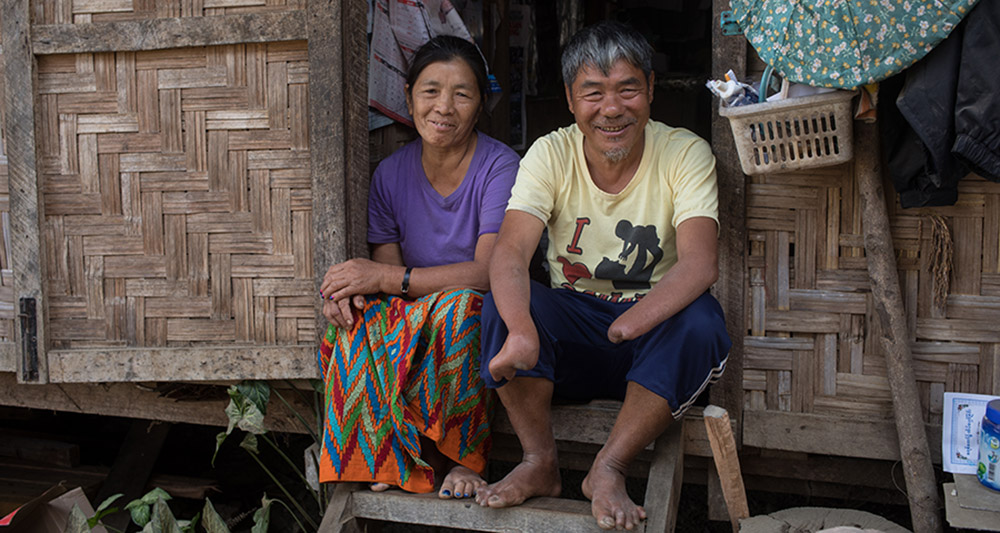 Zang and his family lived in a beautiful rural village in Kachin State in Myanmar (Burma). Two lakes close to their village supplied all the fish they could eat and the nearby jungle was full of edible plants and greens to supplement their diet. Beautiful mountains served as a backdrop to their green rice paddies. Everyone in their village were Baptist Christians and they worshiped together every week. It was a peaceful and idyllic life that Zang remembers with much fondness.

In 2011 he and his neighbours were driven from their homes by conflict. For the last seven years he and his wife have been living in a camp for internally displaced persons (IDPs). Here is his story in his own words:

“It all happened quite unexpectedly. Bombs started landing in our village and everyone started running. I saw many of my friends die from the bombs as we ran. In the confusion I got separated from my wife. Along with some of my friends we headed into the jungle. We thought we would be safe from the bombs there. What we did not know was that the soldiers had been there before us and planted landmines on the path. Six of my friends were killed from the landmines as we ran. I wondered if I would be next. Suddenly I felt myself trip and then I blacked out. I am not really sure what happened. I think that I may have tripped on a wire that was tied to a bomb. My friends say there was an explosion and when they got to me I was unconscious and bleeding. The bomb had cut up my leg badly and taken my hands.

My friends gathered me up and started to carry me back down the path. Fortunately for me they met some nurses on the path that were also running away from the bombs. They had some medical supplies with them and were able to stop my bleeding and give me something for the pain.

We hid in the jungle for four months. The nurses continued to treat my arms. They used leaves as bandages. Some herbal medicines they found in the jungle helped with the healing. We were all hoping and praying that the conflict would end soon and that it would be safe to return to our homes. Whenever we ran out of food, some from our group would sneak back to our village at night and collect some rice and other supplies from our homes. When it wasn’t safe to go to our village we would go to some other villages where the conflict hadn’t started yet and ask them to share some of their rice with us. After four months of living in the jungle, we finally gave up hope. Soldiers had moved into some of the homes in our village and had burned many others. We had run out of food and needed to do something. We got word that the Baptist Church had set up some IDP camps closer to the city, where we could go and be safe. We made our way out on foot, through the jungle, traveling by night following a small stream, all the while being worried about more landmines.

We have been living in this camp now for seven years. Because I have no hands I am not able to work. The only way that we have been able to survive is through the support that we have received from others. Many of the people who have helped us have also been Christians. We are very grateful. We thank God every day for the help that we receive.

ADRA Canada has been a real help. They have provided good water sources for our camp, toilets, and showers. They also gave us good instruction on health and sanitation. We have started following all of the things that we have learned and we are much healthier now. We also get a small cash gift from ADRA each month which we use for food, education fees for our children, and thank you offerings to God. 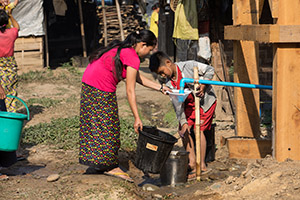 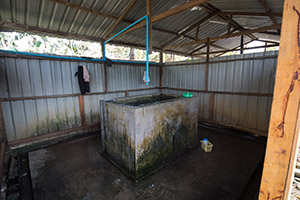