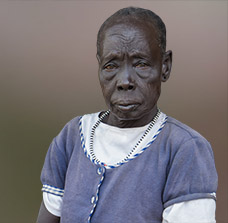 Josephine has seen more than her share of pain and grief.  For most of her life, she has lived under the oppressive shadow of war and hunger.  Growing up in the southern region of the African country of Sudan, she lived in constant fear of attack from soldiers, ready to punish those who were seeking to fight for separation and freedom.

After her husband died in the fighting, Josephine was left a young widow to try and raise three small boys on her own.  When the violence became extremely bad, she took her three sons and fled to the safety of Uganda and lived there for three years before returning home to her small farm.  Heartache struck Josephine again when one of her sons was killed by soldiers.  Through her grief she struggled to raise her two remaining sons.

When ADRA found Josephine, she was once again back in Uganda, living in the world’s largest refugee settlement, Bidibidi.  Here is her story:

“The reason that we left our homeland is because of all the killing that is going on there right now.  Soldiers come to into your home, the young girls are raped, the young boys are killed.  Elderly people like myself are beaten severely or killed. My firstborn son was killed, right in our house.  With my son gone, there was no one to provide for me or my grandchildren.  Our only hope of survival was to leave and come here to this refugee settlement. 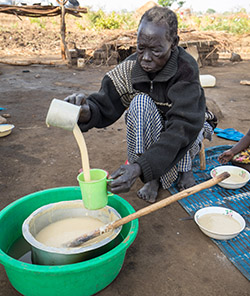 It took five days for us to make the journey from our home to the border.  We came empty handed, with nothing!  When we arrived, we received a few things from aid agencies, such as a mattress to sleep on and mosquito nets, but we have lost everything.


We were assigned a plot here in this settlement and given some poles to help build a house to live in.  I made the bricks from mud and built this house.

There is no hope of going home.  It seems that there will be no end to the war.  There is so much killing.  I just got word yesterday that my brother was killed.  I miss our home but it is better to live in a foreign land in peace and safety than be tortured at home.  Here my grandchildren can grow as human beings, without the constant fear of beatings and death.  At home we would lie down on our beds, only to start hearing gunfire.  We would run into the bush to hide.  Here we can lie down and sleep!  Here we at least get food to eat, there is water close by, we have built a house, and there is education for the children.

I am especially grateful for all of the help that ADRA has given to us in this camp.  God, bless you for the work that you are doing.” 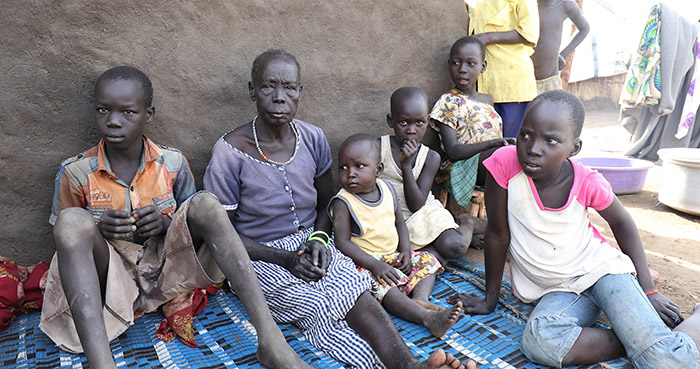